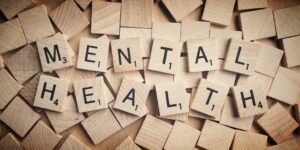 They say it is a period of whirlwinds when adolescence hits an individual. This is a time when everything seems to run amok; mentally and emotionally, physically as well. As parents, one has to be there for their young teen or else chances are that they would go astray. A conversation to start with is the best way to discuss about mental health with your teen. It makes for an open window, to have in-depth and soulful discussions. This helps bridge the gap between generations too, and helps the teen understand that he or she is not alone in this battle. If having a face to face conversation with a time frame set is not possible or you as a parent feels it is too intimidating, there are other ways to communicate. Just like at teen rehab centres they use various tactics and tools to help teens overcome mental and physical pressures of life, the same can be done at home too. Here are ten ways to help teens about mental health scenarios they face. Please read on and be well-informed for the same.

1. Listen and don’t be judgemental

As parents, your aim is to let the teen vent their thoughts and let the steam out, sans interrupting them. Once they finish, it is time for you to respond, empathetically. Remember, your child is now a teen and is finding it tough to adapt to changes around, and you have also gone through the same a couple of decades ago. You then should show empathy, and show the child that he or she isn’t alone.

Do not switch topics, no matter how controversial they may sound to you. It could be a struggle for them. You should be focussing on their needs without taking it too lightly. Never for once make the teen feel that they are talking weird stuff or acting crazy; your statements in response shouldn’t be made to minimize their feelings or what they are facing at the moment.

3. Set a time to make yourself available, AGAIN!

Just one session with the teen is not enough. Chances are that the teen might feel very relieved in the first talk session, but there maybe other secrets that they have deep within, which they want to talk about. Please remember, mental health struggles aren’t solved in one session. Just like it happens at the teen rehab centres, at home as well, you should make yourself available to talk to your teen or vice-versa. This allows the teen to know that there is someone at home that they can reach out too in times of crisis and downhill moments.

4. Don’t turn their issues into gossip

When a teen confides in you, it would be best to keep it to yourself. Remember, it is a trying time for the teen to talk about mental health, and probably a tough nut to crack to come out and talk the same. If you do talk to others and turn their issues into gossip, chances are the trust factor the teen has with you shall break. Let them allow you to share some part of the talk on their own terms. Honor their feelings and abide by the same.

5. Indirect questioning is the key

It is not what you ask but how you ask, which can open the lock to the many secrets and confusions in the mind of the teen. The way that you as a parent would question your teen should be indirect and subtle! For example, if your teen has to go to a prom night, and you are worried about the drinking and drug abuse you keep hearing about, don’t question the teen directly about the same. This would intimidate them further and they wouldn’t open up. Rather put an indirect question to the teen. You could ask “How many friends are going to be at the party?’, instead of “Are there junkies coming to the prom night?” Experts opine, teens would open up more if they see you aren’t probing deeper about a special moment or event. If the conversation is innocuous, it brings more to the table and more in-depth talks would happen.

Experts at teen rehab centres have success in letting the teen share their minds, because they actively listen and not just hear them out. This means, as a parent, you would need to be present physically and mentally, which shows the teen that you are available to talk things out with them. If the same is not shown, the teen would think of you as lackadaisical and non-conforming as a parent to care for them. Full attention is a must. It shows respect, care and empathy, and also assures the teen that you are sensitive to their needs and not rejecting the same. The reverse would be showing unavailability and lack of interest, even though you might not be intending to exhibit the same.

7. Good communication is the key

Always and always communicate well with the teen, and this helps bridge the age gap and the understanding gap between you and the growing child. They may be wanting to talk about various issues; emotional to physical, financial to studies and even talks on peer pressure too. It has been noticed, when teens are shown more interest when they talk out their matters, they tend to grow up as better decision makers and have better self-esteem to bask in. Communication thus has to be a two-way road; non-judgmental and cohesive to say so.

8. If you don’t understand an issue, seek help

The world is changing at a rapid pace, and as parents, you may or may not understand everything a teen in this day and age undergoes. If they speak about something to you, rather than being judgmental and shooing it away, it would be best to hear them out. Be honest with them and let them know you don’t quiet fully understand the situation, which is why you need some time to get better help. This shows the teen that you are really there for them, and to care for them by going the extra mile to understand what they are going through.

9. Learn the signs of depression

Do some research, speak to social psychologists online or around where you live if possible, and try to grasp information better on how to check for signs of depression in your teen. The feeling of sadness and hopelessness are what they would try their best to hide, and mask it with anxiety and anger at most times. They are restless and agitated always, and by you shouting back at them, things wont change or reform. These are to be blamed on hormonal changes or societal pressure that the teens face, and signs need to be understood before it is all too late. When you understand the signs, you can talk it out better with the teens and explain solutions in a better way too.

Mental health issues amongst teens can be damaging, and can lead up to suicide too. This is why, do not ignore the signs that show that your teen is under severe pressure; be non-judgmental and check for signs that trigger the same. Have open dialogues, but do not lecture the teen. Let them know that you can hear them out to know what they are going through. Show them that you are truly willing to listen to them. Patronizing or crowding them with thoughts and emotional blackmail are worst ways to deal with mental health needs.

If you know of other ways to talk about mental health issues like they do at teen rehab centres across the world, do write in!

Do Schools Start Too Early?