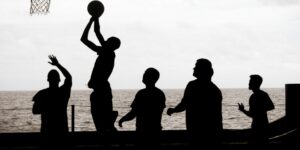 Teens are an emotional bunch. Blame it on the transition phase marked by raging hormones which make them actually uncontrollable at times. The alarming fact is that overtly emotional teens are at high risk of Borderline Personality Disorder which manifests itself through dangerous suicide attempts in adolescents and self-harm issues. Psychologists and experts advice for Dialectical Behavior Therapy here and there are residential treatment programs offering the therapy for troubled teens.

So, what’s the theory behind the dialectical behavior therapy? Well, according to the theory followed here, some always tend to react more intensely in specific emotional situations- such as those arising from friend, family or romantic relationships. As per the DBT experts, arousal level in some can peak way quicker in these situations compared to that of an average person. These people are faster with emotional stimulation and it takes them longer than average to get back to normal state. Such folks are often found with BPD problems and the worst part is that these extreme reactions do not receive proper validation usually, as only a handful understands such quicker emotional arousal. People down with BPD are thus forced to self-destructive habits as they find themselves to be misunderstood time and again for their reactions. The DBT treatment has come up as credible program here as it teaches the skills to take charge of one’s own emotions and how to control the extreme swings.

What happens in a Dialectical Behavior Therapy?

The DBT treatment is generally imparted in two ways- through individualized sessions and through group programs.

The individual psychotherapy sessions stress on teaching problem solving skills to the troubled teens that will help them to solve the specific challenges in their lives. Suicidal and self-injurious behaviors are addressed first, followed by the other symptoms of the BPD issue. Then, there would be individualized sessions for those down with PTSD.

In regards to group therapy, the treatment would be carried on in groups with teens struggling with Borderline Personality Disorder. There would be lessons on emotional regulation, mindfulness, ability to cope up with difficult situations and interpersonal effectiveness.

Finally, make sure to settle with a reliable treatment center backed by DBT certified therapists.

What is shrink machine and how does it work?

How To Choose A Mattress Size That Is Ideal For You