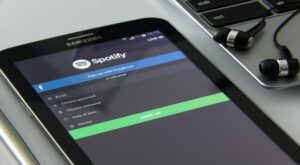 In the digital era in which we found ourselves, data will soon end up replacing oil as it is strategic for companies. Nobody would’ve believed this some years back, but as we move towards an era where everything is becoming digital, we can all see where the trend is going.

In today’s world, there are a lot of artists who, sometimes without their own liking or making, can’t even escape the dictates of marketing in the digital sphere. Traditional ways of marketing are reducing in effectiveness. Streaming platforms have become new gateways to these artists, enabling them to reach a new audience and target them audience with their works.

That’s why Spotify announced the arrival of an application designed for artists, and to allow them to have access to analytics tools: Spotify for Artists.

This application is in line with the release of a desktop version of the service back in April 2017. In the same way that many community managers on Facebook mainly use the mobile page management application, Spotify had to comply with new uses to stay with competiton, and therefore the need for the Spotify for Artists.

What artists can do with the application?

From the Spotify for Artists app, users can update their profile, add items to their biography, add a title to their personal playlist, or change their playlists. Selections and playlists are increasingly used by artists to engage their community, so being able to access them from mobile should increase accessibility and convenience.

The most important, in my humble opinion, is access to real-time data, as well as all the statistics that are needed by artists to make informed decisions in the future, about what their users want. At a glance, the artist can have access to important data like the evolution of daily listening, or who are the people who listen to their songs, at what time, and how long they listen – that’s analytics for song listeners.

With this application, in addition to the desktop version, Spotify comes to position itself as a social platform. Artists can benefit a whole lot from the collected data.

For now there is only one version, which is iOS, but Spotify confirmed the imminent arrival of an Android version at a later date.