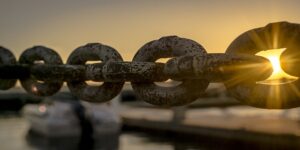 The blockchain technology is here to stay. That’s a fact some tech giants, governments, and institutions across the globe don’t want to hear. But just like the internet, those who make early moves are bound to gain from it. And those who live in the past, not wanting to succumb to new technologies are bound to be hit by the negative sides of these new technologies.

It seems Fujitsu and other companies from the Asian side are seeing a positive future for the blockchain technology, and not wanting to stay behind, have decided to cash in on such a new, robust invention. The Japanese company Fujitsu launched a test project on October 10, 2017, geared towards the creation of a money transfer service using the blockchain technology.

In collaboration with Mizuho Financial Group, Sumitomo Mitsui Financial Group, and the Mitsubishi UFJ Financial Group, this service will initially be dedicated to individuals wishing to protect their money transfers from one person to another. The test will officially begin from January 2018 and last for a period of three months. Nevertheless, Fujitsu has been working on this project for some time now and is surely going to make it work well for the text period, so as to guarantee its subsequent success.

To set up the whole system, the Japanese has created a ‘blockchain platform on the cloud’ to handle money transfers between individuals. It can be used by all three banks for their customers, as well as other users of the application that will be developed to manage deposits and withdrawals.

The goal for the four protagonists is to ensure that the link is simply between the user’s bank account, and other account of the other user. The most important thing is also to note the relevance and security of the processes integrated in the application.

If this test is successful, a similar technology could soon be achieved in other major players in the banking industry. Artificial intelligence, blockchain, or fintechs in general will rapidly revolutionize our uses, and probably our banking security.

The revolutionary nature of the Quantum Computer – and we Need it.