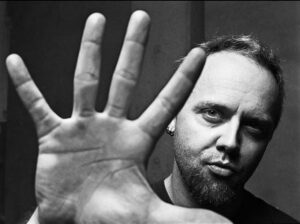 It’s remarkable how often no good deed goes unpunished. U2 give the world a free album, and everyone gets into an uproar over it. Jeez, talk about looking a gift horse in the mouth.

Ulrich told Blabbermouth he was “immensely” inspired by the band’s decision to give away the album, and he added, “I think U2 are the coolest. It’s 2014 and anybody who thinks outside the box, or attempts in any way, shape or form, to break the status quo in the world of music, should be applauded. To me, it’s not about whether the endeavor is a success or not. It’s the fact that they have the balls and the foresight to throw something this radical at all of us.”

Oh yeah, he added the band is “embedded in our creative process right now,” and an album may reportedly come sometime next year through the band’s own label, Blackened Recordings. We’re pretty sure you’ll have to pay for it, unless Metallica wants to follow U2’s lead and give the album to everybody, whether you’re a metalhead or not.

The Most Expensive Items in Gaming

Zombieland Sequel in the Works