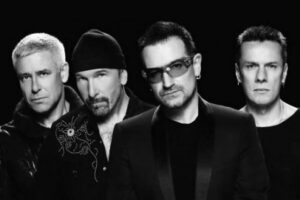 How did U2 go from becoming one of the most respected bands on earth, to one of the most hated, seemingly overnight? Well, it has to do with giving away music, but music’s been stolen for a long time, what else is new, right?

U2 teamed with Apple to release an album, Songs of Innocence, and they gave it to every iTunes subscriber. In one of those rare instances when Sharon Osbourne lost her temper over something, she tweeted, “This is an invasion of my private space. U2 you are business moguls, not musicians anymore. No wonder you have to give your mediocre music away for free cause no one wants to buy it.”

Several other musicians also went on the attack against U2, with Buckberry’s singer telling Blabbermouth, “I think music has been devalued in the eyes of the consumer, to the point now where a band like U2 decides to just give its music away and basically tell people that their music isn’t worth anything.”

Musicians have long decried the advent of downloading, and we can certainly understand the point of view that this can encourage it, but with Napster we turned a corner a long time ago, and things will never be the same. It does seem odd, however, that so many people that would welcome stealing music are now rejecting free music, even to the point where Apple had to post instructions on how to remove the U2 album from iTunes if you don’t want it.