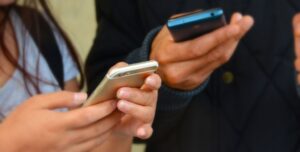 Do you ever think about how a conversation made you laugh uncontrollably but you can’t remember what was said to trigger the hysterics? That’s not a problem these days as all online chat records are recorded and accessible years later. That blessing could also turn into a curse, though, as conversations can now become public and sometimes even go viral.

Chat rooms are almost as old as the internet itself and people love joining to socialise, wind people up, or generally just enjoy some banter. Among their myriad of locations, chat rooms appear in multiplayer games, bingo and casino sites, and gaming and video sites like Twitch. Here we take a look at funniest chat moments that have been recorded and will go down in history.

If you are not one of the many contributors to the enormous $30 million MMO industry, some of these chat instances may go over your head and seem like in-jokes. But if you are a member of the initiated who enjoys the likes of World of Warcraft, Guild Wars 2 and The Elder Scrolls Online, these shared moments from MMORPG forums are sure to tickle you.

Mohawk67, also a WoW gamer, mentioned how a player was recruiting people to an invasion of Orgrimmar and another guy said that the proposed invasion was harassment and would report him! And what about the user named Nightfall who sent this message out while recruiting for his guild: “Living in your mom’s basement? Quit school at 15 or got laid off? Can you survive solely on hot pockets and Monster drinks? Nightfall is looking for you, but please keep your drama on second life.”

Bingo is mainly about the balls, but would be nothing without the banter. When the famous lottery game went through its internet makeover, some traditionalists may have been worried that the online sites wouldn’t be able to replicate the bingo halls of old in terms of the sociability aspect of the game. But most of the popular bingo sites have taken this into account and offer fantastic chat functions for players to enjoy. Sun Bingo, a site affiliated with the English newspaper, even employs chat hosts to regulate the chat and provide interesting topics for discussion.

These topics are great for players in need of some witty stimulation, and include such hilarious questions as snog, marry, or avoid. Sparkle, the chat host in the above video, chooses to kiss Jude Law, marry Timmy Mallett, and avoid Steven Fry – would you believe? Along with funny choices like this there is also plenty of time for gossiping about soaps and other non-bingo related things, while playing the game. There are hours of enjoyment to be had.

Twitch is a website that allows people to watch live channels featuring people playing games and sharing videos. It is a cool place to watch some gameplay before making a purchase, or to see a professional gamer explaining how to complete a level. The chat function also means it’s a wonderful setting in which to socialise or read some side-splitting comments.

A lot of the time, the best comments are totally unrelated to the games or videos. One user claimed he was a dog being raised by a Russian family that wanted him to turn vegan, and another took the opportunity to claim they had died ten years ago in a fire (spreading the message would bring them back to life). But most users tend to chat about how much other players annoy them in relation to how they go about playing the games.

Are you a troll that likes to post comments and tease other gamers from the safety of your keyboard, or do you use the chat functions to socialise and have fun? Whatever you like to do, just remember that these chats never disappear, so be careful what you say!

How Technology Has Revolutionised Sport in the Last Decade

5 Surprisingly Effective Apps To Help You Save Water