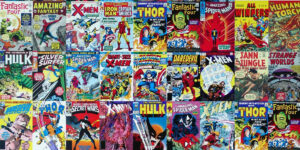 After the success of movies, the favorite heroes transformed into mugs, t-shirts, frames, wall clocks, small action figures and what not. After this, they came into the world of casinos as MARVEL SLOTS.

What Is Marvel Slots?

Due to Marvel heroes’ movies becoming major hits and gained a huge number of followers and fans, it is not a surprise that these heroes took over the online world. Playtech, a big software company, took the initiative of transforming it into a gaming software for online casinos. All the companies registered with Playtech offer online MARVEL SLOTS games.

The structure of the game is simple; you have to match the superheroes or villains together and earn jackpots and prizes. These games are fun to play for everyone especially the fans of marvels heroes. The game is addictive once you start getting the hang of it. The games follow a certain pattern and offer, and they are based on different characters and powers and features of the Marvel superheroes.

There are many types of Marvel slot games each based on the individual Marvel hero from the comic book series. Each comic book had a set of hero together with their partners and distinctive features and a different set of villains. The types are as follows:

The feature which differentiates the Playtech MARVEL SLOTS from the regular slot machines games is their winning jackpot. The best feature is that every game has a different jackpot and that can only be learned through continuous playing. But, all the MARVEL SLOTS are linked through the same series of a jackpot, and there are four levels of the jackpot.

The criteria to win the jackpot is that you will see 20 hidden tiles on the slot machine and when you start revealing each, upon reaching three same tiles, you get to win the jackpot. People have won million through these MARVEL SLOTS, and thus they are losing as well through betting.

Tesla Gets Their Own AMG And Corning Could Help