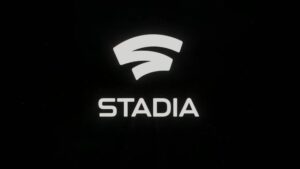 Google announced their Stadia Gaming Service at the Game Developers’ Conference this week (GDC). On paper this is an incredibly impressive announcement because it has Google at the back end, and they have one of the most powerful cloud capabilities in the world. They have YouTube which could be ideal for those that want to watch the games (either live or recorded) and they pretty much on on-line advertising which means that if they promote it, they should be able to gain share at unprecedented rates. But on-paper isn’t in fact and Google did recently fail in their effort to create a social network Google + suggesting they have attention span and execution issues.

But there is one aspect of this that suggests this could be huge success and that is that AMD’s technology is behind it and AMD also powers most of the world’s current generation gaming consoles. In addition, Google’s employees tend to like to game themselves given their age and background. This suggests that unlike Google + which didn’t even seem to have aggressive internal support in Google, Stadia will likely become a major part of their lives contributing to the conclusion that the success of this service could set records and redefine the gaming landscape.

Let’s chat about that this week.

There have been 3 issues connected to bringing a gaming service to market that would function like Netflix does with movies (I would have bet money that Netflix would get this right first suggesting I shouldn’t bet money…). The first is bandwidth and the fact that streaming a game, particularly at 4K, can take a of it. The second is latency and the farther you get from a datacenter running the game the worse that gets and for certain games like a First-Person Shooter that makes the service a non-starter particularly on a 4G wireless network. And finally, while virtualization works really well for cloud services in general the overhead often degrades game play too much and that degradation degrades the experience.

Now Google already has a large number of very large somewhat distributed datacenters but there are still issues with network performance that will initially be highlighted by 5G. However, as part of the 5G rollout there is a huge push to massively distribute datacenters and even without this effort Google will need to do that so the infrastructure needed to do this is already being created at an impressive pace and Stadia should be a huge beneficiary of that.

On Latency there has been a huge push on wired networks to reduce latency to increase data performance overall. In addition, one of the huge benefits Qualcomm has driven into the specification is not only a massive increase in network performance at the edge but a massive latency reduction to a point where 5G networks should be able to outperform many, if not most, wired networks. This opens up mobile gaming, which was a huge problem with earlier services, and improves the experience with those gaming from home so the technology to make this work is just short of market.

Finally, Google is using AMD hardware and AMD is the key technology partner for existing game consoles. Not only does AMD know gaming they have intimate knowledge of how to optimize gaming performance on their hardware and, unlike their competitors, have both CPU and GPU hardware they can optimize together for the best performance (and they currently have a significant performance advantage in servers over Intel). This should not only ease porting of games for a service like this, but it should help developers port games that were designed for the major game consoles to this new Google service. This should also promote advances to Sony’s existing streaming game service that has struggled, and Microsoft’s coming service is likely to follow this same path (indicating this is a really good announcement for AMD).

Wrapping Up: Stadia Should Set The Bar For Game Streaming

This combination of technologies (5G, AMD graphics and CPU) and what is likely a deep commitment by Google to make this work should set the bar for steaming game services. This should force Sony to up their game and improve their own streaming performance and light a fire under Microsoft to bring their own gaming service to market more quickly (it was anticipated in one to two years). Google is large enough however to sustain an aggressively first mover advantage even against giants like Microsoft and Sony so the firm may once again disrupt the market. (Sony has a history of missing waves like this because they protect their existing stuff so aggressively. They missed the iPod even though they had the Walkman, they missed Netflix even though they owned a massive amount of content, and now they will likely miss game streaming because they favored their game console. It’s sad really.)

One of the most interesting parts of this is the tie in with YouTube because watching Esports has become huge world wide and professional game teams are making more than professional sports teams now. Done right this could become a huge game changer in this segment and if Google resources it right it could change the sports dynamic dramatically. If I were I traditional professional sports I’d be worried, I’d be really worried.