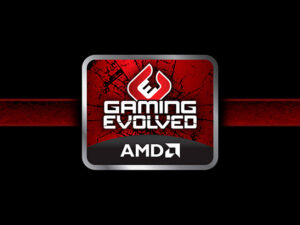 AMD is executing amazingly well now in sharp contrast to the way they were a decade ago (and given Intel has had to discontinue their mobile, wearable, and maker efforts they seem to be out executing Intel as well now). One of the areas the firm has significantly enhanced is software and this is showcased by the release of the Adrenalin Edition of their GPU software suite. Increasingly only part of the gaming experience is assured by hardware, to get the most out of that hardware the control software that surrounds it must step in and do its part.

I guess the analogy would be in a current race car where the telematics and software are increasingly providing the edge because the physical parts of the car are so tightly regulated and approaching theoretical performance limits. No regulations here, but we are getting amazing amounts of potential performance out of the current generation of graphics cards and making sure you get every ounce is the purpose of this free bundled offering from AMD.

Let’s talk about some of the enhancements.

Radeon Overlay: One of the complaints for other versions of this class of software is the need to exit the game or reboot to implement changes. Generally, Radeon Overlay allows you to make changes on the fly and to share games with one-click to Radeon ReLive. Most of the other features are now available under this feature.

ReLive: Speaking of ReLive it now has a chat feature which allows you to communicate outside of the game. It is kind of amazing how popular streaming gaming has become. I find it is a great way to get through a difficult level or simply to feel insignificant against players with far better twitch skills than I have (which increasingly is most of them).

FreeSync: This capability requires a monitor that is bears the FreeSync ( There are two versions and you should look for FreeSync 2 now if you get a choice). I could go on a rant about naming, but I’ll leave that for another time. FreeSync 2 gives you LFC (low frame rate compensation) which doubles the effective frame rate. You also get a big bump in dynamic color with 2 and reduced latency but you need both the monitor and this software upgrade for full impact.

Radeon Chill: This sounds like something you’d say to the Super Hero “Radeon” if he was getting hot under the collar. This supports the popular Vulkan API and helps keep fan noise down when you are pounding on the machine. (I’m a big fan of water cooling so the impact is less on my machines).

Radeon WattMan: As you would expect this is a power management feature and now you can save custom GPU profiles. If you leave your machines on all the time this would be a great way to reduce your power consumption even further when you are just watching movies, browsing the web, or it is just syncing your email.

Enhanced Sync: Most noticeable with multi-monitor set ups (since I’ve gone to 34” curved or the whopping 42” Dell monitors I haven’t seemed to have needed this) but it improves the visual performance of multi-headed rigs. But this does reduce stutter, reduces latency, and helps eliminate tearing particularly on non FreeSync monitors.

Software is one of the areas we’ll likely be talking more about in the future regarding GPUs. This is where the user can truly modify their experience and get the most out of the expensive hardware they have purchased. One key aspect of this product is its ability to make changes on the fly without requiring you exit the game or reboot the system in most instances. In the end it really will come down to the difference in user experience and with software increasingly differentiating that experience, and creating a unique impression tied to the vendor that shipped the GPU, I expect there will be fewer people switching between vendors going forward. Once we learn a tool we tend to hate learning a new one that does the same thing. This is another sharp move by AMD which should help them in their battles ahead.

Google’s Deep Mind is the Best Gamer in the World

Make Your Own Festive Sweater For The Holiday Season