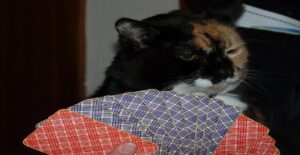 Indian rummy is a 13 cards game, which is a cross between rummy 500 and gin rummy which is very popular in India. We all know the game, but how well do you know about the game and its interesting features, facts, history and trivia?Here are some interesting facts about the rummy game that you probably haven’t even heard before:

The origins of rummy card game has been under dispute ever since its inclusion as a social game and started to gain popularity. Claims have been made that the game had its humble origins in the Spanish card game ‘Conquian’ played by the royals in 19th century. Another claim is that it originated in a French variation of Poker. There is also a belief that it originated from the Chinese game Mahjong. The word ‘rummy’ is said to have originated from the game ‘Rum Poker’ in UK, where ‘rum’ stands for ‘odd’ or ‘peculiar’; eventually evolving into ‘rummy’ as it is known today.

The classic Indian rummy is the third most popular card game after Teen Patti and Poker. It is played by people of all age categories. The game is played as part of family gatherings and get-togethers around the world.

Benefits from the game

You need to learn how to play rummy in order to play Indian rummy. It’s not just a game if played correctly. As it is an intellectual game, it demands a lot of attention to be good at it. On a personal level, it helps make the player develop into a smarter person in many ways because of this. Skills like memory power, adaptability, strategizing, prediction, risk management etc. can be achieved easily through this game.

With the development of technology, playing rummy online has become a lot more popular than before. At any given time, thousands of players are logged in here. An advantage of this is that you will never run out of opponents to play against. Gaming portals are accessible through mobile, tablet or personal computers through apps and more.

Even though each card is supposed to have same designs on them, some cards differ in designs. On a closer look, the Jacks from each set will have a different hair style, some with mustache and some without it. Similarly, the Queen of diamonds is the only one who is smiling while the others have a stern or melancholic look. In the case of King, the weapons they hold vary between an ax and sword.

The Indian rummy game is an interesting game. Getting to know some interesting facts about the game is fun and informative. Now what are you waiting for? Start playing already.

First Timers Guide to the Theatre

Did You Know About the History of Montreal’s Olympic Stadium?