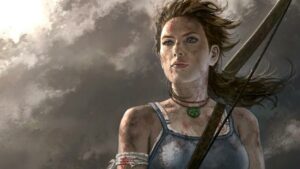 Women love geek stuff more than ever these days, which means that gaming culture has indeed really come a long way. With gaming technology better than ever, female characters can look sexier and more lifelike than ever. But what do gamers really want out of the female game characters?

According to Uproxx, a poll of 1,400 teenage high school kids are far more politically correct about women in games than you’d think. 47% of middle school boys and 61% of teenage boys don’t like women being sex objects in games. In fact, they don’t care if the protagonist is a boy or a girl, although the female gamers are more interested in female protagonists as they grow older.

Kids today are certainly more politically correct and aware of sexism in the world. In fact, Time tells us that the kids who were polled got tired of the Kate Upton Game of War pop up ad on their phones. Now those are real gamers, kids who’d rather play real games instead of drool over Kate Upton in all her sexy splendor.

Time also reported that girls like a wide variety of games, like Call of Duty, Halo, and GTA. Again, women are more into geek stuff than ever these days, and gaming has to be a lot more intelligent and PC for today’s audiences, although we certainly wouldn’t put GTA in the later category.

Cyber-wars 1: What’s the worst that could happen?