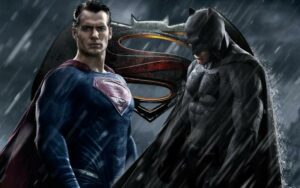 Okay, you’ve read TG long enough to know we’re not thrilled about the upcoming Batman Vs Superman this March, and we don’t think the movie’s going to turn out well, but it’s been made already, what can they do? Burn it?

Affleck will be writing the movie with Geoff Johns, who is the chief creative offier of DC Comics, and he’s also written issues of Green Lantern, Aquaman, Batman, Justice League and more. He’s also written episodes of Smallville and The Flash, as well as the upcoming Supergirl series on CBS.

So needless to say, we’re not thrilled about this news either, and I guess right now all we can say is he probably can’t do any worse than Joel Schumacher did…

As the Hunger Games Finally Comes to An End…