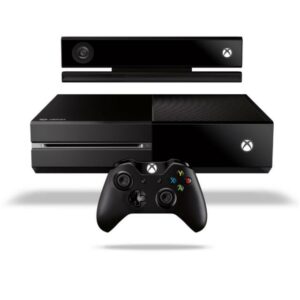 We just reported that during Black Friday Xbox One beat out PlayStation 4 in terms of sales. Every year there’s usually what we call the console wars, and after struggling along in 2014, Xbox One came in on top.

Now apparently it’s still the #1 console this season. Deadline reports that this is thanks to “aggressive discounting” by $50 less, as well as the success of monster game, Halo, that put Xbox One on top. As a spokesperson for Microsoft told Deadline, “It’s been a great year and a great time for everyone in the industry.

“November set a new record for sales of Xbox One, and Xbox One was the best-selling console in the U.S. and U.K. response to the holiday lineup of games on Xbox One was incredible, with Xbox One fans buying more games in November in the U.S. than other (current-generation) platform and enjoying over 357 million hours of gameplay globally.”

As Deadline further elaborates, Xbox One overcame some tough obstacles this year, including losing a major executive, its Xbox Entertainment Studios shutting down, and sales being behind PlayStation 4 for the majority of the year until it had a comeback in November. We’re definitely curious to see what the Xmas numbers will be like for Xbox One, which should really be a hell of a frenzy in the gaming world.

Guardians of the Galaxy is Number One Again

What Movies Made the Library of Congress This Year