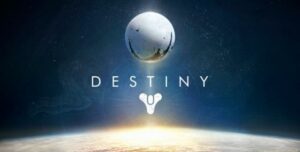 It’s right before holiday buying season, and we’re sure that video games and consoles should be flying off the shelves. We just reported that Nintendo had its first profit in four years, and Activision Blizzard’s been doing very well as well.

As Variety tells us, Activision had a record third quarter, thanks to the game Destiny. As the Variety story continues, Activision brought in $753 million, and digital sales were 67% f it. In first day sales, Destiny brought in a whopping $500 million, right before the end of the company’s first quarter, which really took everything off the charts.

Destiny is reportedly the biggest launch for a new game in history, and it’s really going like gangbusters. Other companies contributing to Blizzard’s bottom line include Diablo III, Hearthstone: Heroes of Warcraft, and World of Warcraft, which has 7.4 subscribers. (Destiny scored 9.5 million users, and they reportedly play the game on average three hours a day.

And let’s not forget Call of Duty: Advanced Warfare, which is sure to bring more money to Activision’s coffers. (How’s this for numbers: the franchise has made over $9 billion, and has moved over 150 million.) So this tells us the gaming market is still doing very well, and should have a killer holiday season.

The Magic of EMC