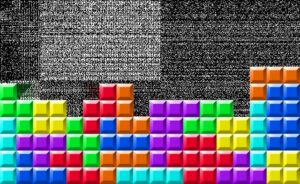 As long time TG readers know, we’re hoping a good video game movie will come one of these days. Assassin’s Creed is currently on hold, the World of Warcraft movie is still over a year away, and now the latest title to be slated to be turned into a movie is Tetris.

You may wonder how on earth they’re going to make a movie out of Tetris, but I also once wondered how you could make a movie out of Pirates of the Caribbean. Tetris is being made by a company called Threshold, and as Threshold’s CEO told the Wall Street Journal, “It’s a very big, epic sci-fi movie. This isn’t a movie with a bunch of lines running around the page. We’re not giving feet to the geometric shapes.”

That’s certainly a relief. He added, “We have a story behind Tetris which makes it a much more imaginative thing. What you will see in Tetris is the teeny tip of an iceberg that has intergalactic significance.”

Sounds deep, I know, and we’ll see if it ever gets close to the finish line, because so many movies go into development that never get the crucial green light. Tetris could be right on time for the big critical mass of video game movies that are trying to get made, and game flicks could indeed be the hot new genre if the right one clicks with audiences.