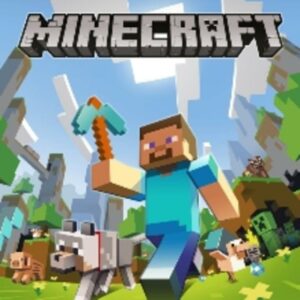 Minecraft is a game you keep hearing and reading about everywhere. It’s a huge hit worldwide with adults and kids, there’s a movie version in the works, and even the guide books to playing that game have reportedly sold over eight million copies in 21 languages.

Microsoft also paid a whopping $2.5 billion for the game, but as Rolling Stone reports, the game’s creator, Markus Persson “is gaming’s biggest rock star. But he may enver make a second album.” It’s estimated there’s a hundred million fans of Minecraft who play the game around the world, but Rolling Stone didn’t get the impression that Persson was terribly ambitious about following up his biggest success, or that he was phased by his seemingly overnight celebrity.

Persson started out as a tech, and fell into the Stockholm indie gaming scene. He created Minecrft when he was working for jAlbum, a company that created online photo albums. It was a simple game because he didn’t have the patience to make something graphic heavy and complicated. “I just wanted to make a game that could make enough money to make another game,” he said.

Minecraft went from 20,000 downloads a year to often selling 20,000 downloads a day. But he’s primarily concerned about having fun. Perhaps it could lead to another accidental success like Minecraft, or maybe it will just give us another game. Persson should be fine with that either way.

Do you take naked selfies?