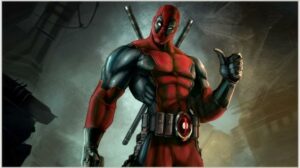 Reports from Comic-Con have been raving about Deadpool, which is the kind of left-of-center superhero movie we need if the genre’s going to continue to survive. As one report tells us, the trailer “crushed Comic-Con for one simple reason – it looks like they nailed it.”

As Business Insider tells us, the audience went so nuts they showed the trailer to the fans twice, and this report tells us the trailer has it all, “R-rated comedy and violence, a not-very-subtle connection to the X-Men, humor and meta-humor.”

This report tells us that the official trailer will come out three weeks from now, the FX still have yet to be finished, and from what we can gather, the fans are really clamoring for it. MTV even went so far as to say that Deadpool was the big highlight of Con this year, essentially stealing the show out from everybody.