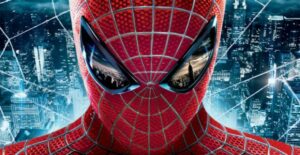 Those stolen e-mails from Sony have been a gift that keeps on giving apparently, and over six months after the studio hack that left enormous wreckage in its wake, dirty stories still keep leaking out there.

As we all know, Spider-Man is a major franchise at Sony, and now it has been announced that Tom Holland (Wolf Hall, Billy Elliot the Musical) will be the new Peter Parker, and the next Spider-Man will be hitting theaters on July 28, 2017. But as the latest round of hacked Sony e-mails have revealed to Vulture, it’s been contracted that Spider-Man has to be straight, and white.

This is part of what the contract calls “mandatory character traits,” but if Marvel ever did a gay Spider-Man, it’s okay to have one in the movies. The other rules of Spider-Man, according to his contract, he doesn’t smoke, doesn’t use R-rated language, would never kill unless he had to defend himself or other people, and he can’t get laid before he’s 16 years old.

Personally, as a gay-friendly writer, I think it would be interesting to give Peter Parker some sexual ambiguity, and if in a future incarnation he’s on the fence about his sexuality, it could add some interesting complexity to the character. There are boundaries being broken down all the time now in comics, with a gay marriage in X-Men, Iceman and Catwoman coming out of the closet, and more.

Maybe one day comics will take a radical turn and we’ll find out a major superhero is coming out of the closet and is tired of being in the closet. It would be surprising for sure, but again, as long as he or she is doing their job and saving the world, God bless ‘em. After all, superheroes help protect truth, justice and the American way, and that includes everybody.

The Rock to Go on a Video Game Rampage

Oracle Cloud Backstory: Is Ellison an Asset or a Liability?