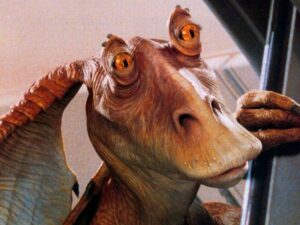 Another anniversary that makes us feel old, not just because it came out way back in ’99, but also because it was a big moment where many geeks finally lost their innocence. Yes, I’m talking about the release of Star Wars Episode One, which came out on May 19.

Having been around to remember the hysteria that came with every Star Wars release, I remember reading the Newsweek review of the movie, which wasn’t stellar, and the vibe quickly spreading through geekdom that the movie was a big letdown. George Lucas would be defiant against the criticism, which came fast and furious thanks to the speed and reach of the internet, and he continued to make Star Wars movies that didn’t deliver to prove who was still in charge.

At the same time, no matter how good the prequels were, they couldn’t have lived up to anyone’s expectations, or recreate the exact feeling we had when we first lost our Star Wars virginity. Not to mention Lucas hadn’t directed in decades, and was no longer in touch with the zeitgeist.

Still, without the Lucas prequels, there wouldn’t be the hope that JJ Abrams can help bring the legacy of Star Wars back, much like how Christopher Nolan (mostly) redeemed the Batman films. So far, the fans love the trailers, and they’re holding out a lot of hope that Star Wars can be great again. If it is great again, maybe some day we’ll be thanking the prequels for inspiring JJ Abrams to aim higher and deliver.

Next Star Wars Will Be Epic, But Not Epic inLength

Poltergeist Reviews Are In