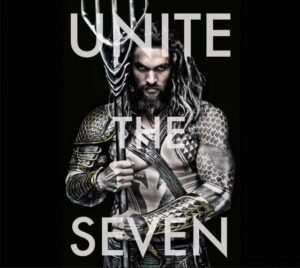 It’s been the long running joke on Entourage, Aqua Man the movie, directed by James Cameron, and now it’s apparently going to happen.

Now it’s not going to happen with Cameron directing, as you probably figured out by now, but James Wan, who’s currently the hottest director in the world, thanks to Fast and Furious, is apparently up to helm it. (You may also remember Wan is the director of Saw, which launched him into the business.)

Aqua Man, who is being played by Jason Momoa in Batman Vs Superman, will probably be on for his solo Aqua flick, and we’re sure it’s all part of the deal to sign up for Batman V Superman, which will include a Justice League as well.

Again, we’ve said it many times before, we’ll say it again, we think the superhero genre could be in big trouble with Batman V Superman, and we don’t think an Aquaman movie’s a good idea either, but superheroes are still hot, and we hope the success of Dardevil, as well as the incredible early response to Avengers Age of Ultron, will force the powers that be behind Aquaman to step up their game and deliver.

The Dark Tower Now Set Up at Sony