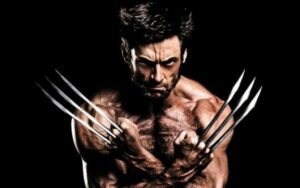 Not only has the news recently hit that Jennifer Lawrence will make her next X-Men her last, apparently it will be Hugh Jackman’s last as well.

This is surprising news to us here at TG, because we were under the impression he’d be doing it as long as there was a demand, and we really can’t imagine anyone else playing the role. Then again, when we were kids, it was hard to imagine anyone else being Batman but Adam West, right?

In fact, Jackman seemed at peace with being so closely identified with one major role, especially after seeing Birdman. He told Cigar Aficionado and io9 that after watching Birdman, “The moral is that I should never stop playing Wolverine. I’ve got to find a way to keep playing him until I die. I know that someday they’ll recast the role with another actor…I’d be happy if the role was eventually recast. It would mean that it had become iconic.”

But as The Verge reports, the actor Instagramed “one last time,” and he certainly hasn’t come forward to say he’s been misquoted (at least not yet).

If the 2017 Wolverine movie is indeed going to be Hugh’s last go round in the role, we’ll really miss him. We’re sure he’s gonna go out with a roar, and again, whoever’s going to take his palce has some really tough shoes to fill.

Transformers May Get Its Own Expanded Universe

Are you an April Fool? Find out with this Quiz!