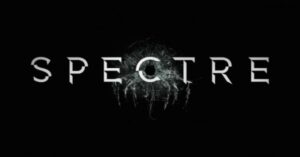 While we’re sure 3D is still happening out there, we’re also pretty sure that trend is pretty much done. Thanks to the success of Gravity, Imax has been a much stronger force in the movie marketplace, and now it’s been announced that once again, Bond will be in Imax.

Collider also tells us that the movie won’t be in 3D, which is, we’re sure, a big plus for many.

The next Bond flick is entitled Spectre, which was of course the infamous evil organization Bond had to fight in past stories, It’s an acronym for Special Executive for Counter-Intelligence Terrorism Revenge and Extortion.

As Bond producer Michael Wilson told Collider, “This is a big, big picture,” and we wouldn’t expect anything less from Bond. To get the villainous organization of Spectre back in the series, it took a long time to finally wrangle back the rights to it. As Wilson explains, “We had a dispute over Spectre. After years of discussions, we finally got the rights. It’s our last piece of the whole issues with rights that we had to deal with.”

Look for Spectre in Imax and regular sized theaters on November 6, 2015.