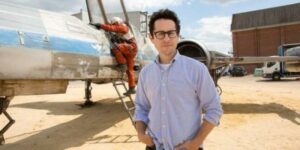 When we finally saw the teaser trailer for Star Wars The Force Unleashed, it was dropped into the world with little to no advance word, even from the geeks. While so many people were speculating, all of the sudden, there it was everywhere, stacking up millions upon millions of YouTube views.

We all know the teaser isn’t the last we’re going to see of Star Wars, and the bigger trailer we’re all waiting for is now going to be seen before Avengers Age of Ultron.

As Collider reports, the new Star Wars trailer will debut at the Star Wars convention, which takes place from April 16 to the 19th, and we’re sure it will be online before we know it as well, probably a low quality version someone will shoot with their iPhone. All we can say is the teaser was a nice taste of what’s to come, and we’re looking forward to seeing what else JJ Abrams is ready to show us.

Look for Star Wars The Force Awakens in theaters on December 18, and look for the trailer to play before The Avengers Age of Ultron on May 1.