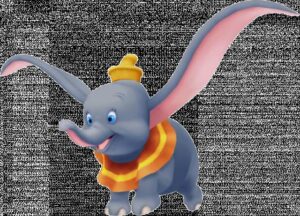 While Tim Burton hasn’t had a hit movie in some time, we’re glad he went back into weird biopic territory with Big Eyes, and we’re also keeping our fingers crossed for another Beetlejuice movie with Michael Keaton.

So we’re a little baffled and bewildered to read he’s going to helm a live action remake of Dumbo. As the Hollywood Reporter tells us, Ehren Kruger, who wrote many of the Transformers films, wrote the script, and there will apparently be a human family subplot that will parallel Dumbo’s story.

By this point we had completely forgotten that Burton had already directed another Disney remake, Alice in Wonderland, which has been redone many times before, but Dumbo feels a little too sacred to us. Alice was an adaptation of a classic children’s book, but Dumbo is one of those original stories that’s always been synonymous with Disney, and it just doesn’t feel right redoing it.

We do hope that Burton will come to his senses and find another movie to make, or something more obscure to remake if he has to do a redo. Again, Dumbo’s too sacred, and it still has a great message about accepting yourself that’s tiemeless. No matter who’s in charge of a remake, it just can’t be done any better.

PlayStation Series Powers Shows the Dark Side of Superheroes