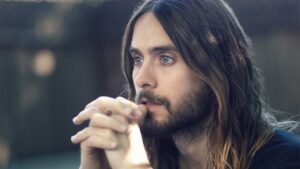 Robert DeNiro got a lot of attention when he gained sixty pounds to play Jake LaMotta in Raging Bull. It was remarkable to see his physical transformation, and other actors have tried gaining and losing a lot of weight for a role, even though it can be dangerous.

Jared Leto gained a lot of weight to play Mark David Chapman, the killer of John Lennon, in a film, and now he’s apparently gaining weight to play the Joker in Suicide Squad. This is an interesting piece of news, because when was the Joker ever fat?

According to Collider and Billboard, Leto said, “I’m trying to gain a lot of weight. I’m terrible at eating a lot. The opportunity to take on this nearly Shakespearean character – that’s what graphic novels and comic books are becoming, right? He’s this beautiful disaster of a character – what a big challenge.”

We agree with the second part, although the Joker certainly doesn’t need to be fat to be a “beautiful disaster,” usually he’s a skinny little punk who’s scary not because he’s big and strong, like Bane, but because he’s just batsh*t nuts.

Suicide Squad will be hitting theaters on August 5, 2016.