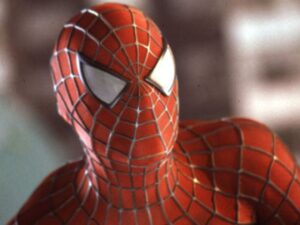 Just when you thought the Spider-Man movies were done, now comes the announcement that they are coming back, and he will be part of the greater Marvel universe.

As USA Today tells us, Spider-Man’s going to be in another Marvel movie before getting another solo flick, which will be in theaters on July 28, 2017. As for what movie Spider-Man could appear in before he gets another solo film, USA Today speculates “there is a good chance” it will be in Captain America: Civil War, which has a May 6, 2016 release date. Spider-Man has a featured presence in the Civil War comics, hence the speculation this will probably be the movie he’ll appear in.

There is also speculation that Spider-Man could have a role in the third Avengers movie, Infinity War, which is being cut into two parts that will be released in May 2018 and 2019 respectively.

Reports tell us that Andrew Garfield will not be returning to play Spider-Man, meaning that Marvel is yet again wanting to start from scratch with one of their biggest characters.

While the Spider-Man franchise has seen better days, this could be an interesting way to bring him back, and maybe Spider-Man will work better as part of an ensemble story, much like the Hulk, who couldn’t make it on the big screen until he became part of the Avengers gang.