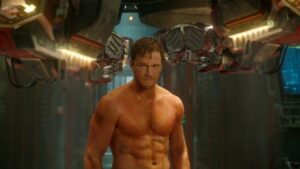 In the age of reboots, there’s always been the faint hope that one day that Indiana Jones could be brought back to glory, and after Kingdom of the Crystal Skull, you certainly couldn’t do any worse, right? Now it looks as if Chris Pratt may be taking over the role from Harrison Ford.

As Deadline reminds us, the character of Indy is now owned by Disney, and Pratt is the number one guy the studio is looking at now. As we all know, Pratt is hot stuff right now because of Guardians of the Galaxy, and he’s also going to be starring in a remake of The Magnificent Seven as well.

Funny enough, there was a rumor out there that Harrison Ford was willing to return to Star Wars as Han Solo if he could play Indy one more time. Even if playing Indy was a bargaining chip, it may be time to get somebody newer in the role (although it didn’t work that great on the Young Indiana Jones series). The role of Jones may have too much baggage to see anyone else playing it, but if Star Wars and Ghostbusters can, hopefully, be reinvented, why not Indy?

Ghostbusters 3 Has Their Cast

Fantastic Four Teaser Trailer is Out