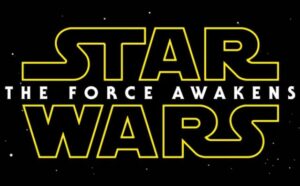 Except those outlines won’t be followed for the Force Awakens. Lucas told Collider,  “The ones that I sold to Disney, they came up to the decision that they didn’t really want to do those. So they made up their own.”

We just reported on TG that Lucas liked the trailer he saw, and wants to see the movie pure, like most of the world will on opening day. We’re certain he can see anything from the movie any time he wants to, but he also would love to see the new Star Wars with the same sense of awe and surprise that any other audience member did. (Lucas lamented the fact that he never “saw” Star Wars, like the rest of us have.)

While we don’t think it’s a bad thing to use Lucas’s outlines as a starting point, it’s clear that JJ Abrams wants to go his own way with the new Star Wars, and give everything a new start, which should come as a big relief to a lot of fans. No matter where the next filmmakers take Star Wars, we all know that Lucas “created the world,” as they say, and we’re really looking forward to seeing how Abrams and company build on the foundation.