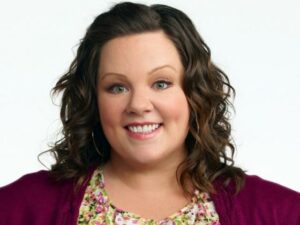 We’ve reported on this movie so much, we might as well change our name to ghostbusters3.com, but let’s face it, a lot of fans would love another Ghostbusters movie, and with an all-female ‘Busters team and Paul Feig directing, it could be a damn funny movie.

Collider reports that Melissa McCarthy is currently “in talks” for the lead in Ghostbusters, and Jillian Bell (22 Jump Street), and Cecily Strong (SNL), are also up to round out the team as well.

The Hollywood Reporter tells us that McCarthy has a busy schedule to work around, with her regular series Mike & Molly, and a full schedule of movie projects as well. If they can make it all work, McCarthy will shoot her next movie in March, with the third Ghostbusters hoping to shoot this June.

We have a hard time imagining Ghostbusters 3 being up and running this quickly, but if it needs to take its time to get all the elements right, we’re willing to wait a little longer until McCarthy has an opening in her schedule. It’s good to see that Sony is making a full court press to get Ghostbusters up and running again, and it would be nice if we get a third movie in 2016.

Back to the Future Self-Tying Shoes Coming From Nike