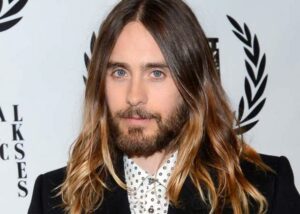 Last year the news hit that Jared Leto will be taking over as the Joker in Suicide Squad, the DC superhero team movie that will be hitting theaters in 2016. We know the guy’s a good actor, but can he be the next great Batman supervillain?

Well MTV has compiled a list of ten reasons why Leto is “the right clown for the job.” The reasons include, “he has the laugh,” “he has the look” (although you can make the argument he’s too pretty to play the Joker), “he’s a chameleon,” “he has an Oscar,” although that’s certainly not necessary, and “he chose carefully.”

And indeed, after winning the Oscar, whatever role Leto chooses next is important, but who on earth would turn down playing the Joker? Think about how many actors would beg, steal and offer their left nut for a shot at playing the Dark Knight’s ultimate nemesis.

Leto is indeed a terrific actor, and pretty much everything on this list is true, which means he could do a great job taking over the role. Considering the incredible job Heath Ledger did in The Dark Knight, Leto’s definitely got his work cut out for him, but we’re definitely excited to see what he’ll bring to the table with Suicide Squad.

Galavant Could Be a Mideval Musical Hit

Agent Carver Could Be a Triumph For Female Superheroes