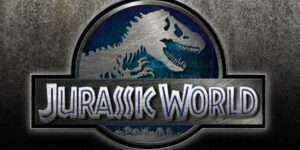 We at TG were blown away to learn that in an online poll, theatergoer interest in Jurassic World was even higher than Star Wars The Force Awakens. Many of us are excited about the prospect of another trip to Jurassic Park, but we didn’t know interest was this big, especially after the third movie landed with a thud.

We’re sure there will be more announcements soon about what movie trailers will be hitting the Super Bowl on February 1, it’s probably the biggest day in network TV to showcase your upcoming films, but the first big one that’s going to hit is Jurassic World.

As Screenrant reminds us, it’s very expensive to advertise during one of the biggest sporting events of the year, and for the thirty seconds the world will see scenes of Jurassic World, Universal will have to pay $4.5 million. (Yahoo reminds us that Chrysler paid a whopping $12.4 million for a two-minute ad, and the current $4.5 million for 30 seconds rate is a 12.5% raise from last year’s price.)

Jurassic World hits theaters June 12 and we hope it will indeed jump start the franchise and create more dino-mayhem to come.

Transformers 4 is Tops in China

Galavant Could Be a Mideval Musical Hit