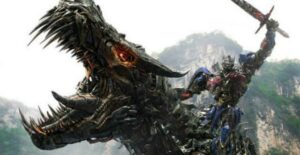 These days, we need China’s box office power to keep the movie business alive. These days, movies cost so much money, we need the money from China to get movies in profit.

The Hollywood Reporter tells us that the top movies in China this year were Transformers, and Captain America: The Winter Soldier came in second. The Reporter also mentions that since parts of the film took place in Hong Kong, it probably helped the movie’s success over there.

Back in the day, the most popular movies in Hong Kong came from their own country, but now the tables have turned, with 259 movies released last year being imports from the U.S., and only 51 of them being actual Hong Kong flicks. It’s odd to think of how many movies used to hit our shores from Hong Kong, kung fu flicks especially, but now they’re getting a lot of movies from us, which is benefitting our industry from the extra box office.

While 3D is pretty dead in the states, a lot of times movies have to be made in 3D so they can play in Hong Kong, which is what happened to Pacific Rim. It’s also interesting to note that Transformers beat out Captain America, and where you’d naturally assume superhero movies are big everywhere, franchises like Superman and Batman really didn’t do that well overseas, and the American studios had to work like hell to promote them all over the world, again to get every last dollar they could from the box office.

Could the Director of District 9 Save Alien

Jurassic World Trailer to Expensively Air During the Super Bowl