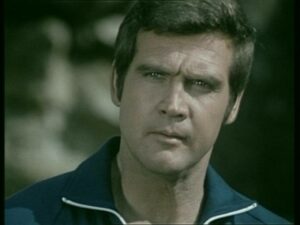 Mark Wahlberg has a remake of the ‘70’s classic The Gambler coming up on Xmas day, but let’s not forget he’s leading the Transformers charge these days, and he’s also going to star in The Six Billion Dollar Man, the reboot of the famous Lee Majors series of the seventies.

Wahlberg told Collider that The Six Billion (formerly Million) Dollar Man “is very much a superhero, but I don’t have to wear any kind of spandex cape.” The script is currently being writing, and Wahlberg enthuses, “we got a great, great idea and it’s something that’s been in the pipeline for quite some time,” and he’s hoping to get the movie up and running after he makes a movie called Deep Water Horizon.

Steve Austin is indeed one of the most beloved geek icons of the ‘70’s, and not only can there be a lot of ‘70’s fans who’d love to see him return, but Wahlberg can be the modern link to revive him for today’s generation.

As Deadline reports, Peter Berg, who directed Wahlberg on Lone Survivor, will helm Six Billion as well for Dimension Films, the genre division of The Weinstein Company. Dimension wants to start shooting the movie next year for a 2016 release.

Blackhat Capturing the Terror of Cyberattacks