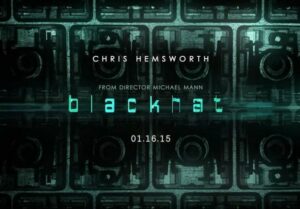 Blackhat is the new thriller from Michael Mann, and it’s right on time in the wake of the computer hack on Sony. And there are now reports that Mann, a notorious perfectionist, is making last minute tweaks to the movie before it’s release, the movie will still be very up to the minute when it’s released in January.

As Mann told the New York Times, when he was researching the project, “What became apparent is that Washington knew – the White House, defense, law enforcement – how truly vulnerable we are to cyberintrustion. [They were] frustrated in getting defense contractors, banking and infrastructure providers to act on the need for robust cyberdefense.

“Generally, people have little awareness of how porous we are,” Mann continued. “That gap in awareness was fascinating to me.”

Funny enough, The New York Times reports that Universal, the studio releasing Blackhat, is concerned about the Sony attack actually hurting the movie’s box office chances, thinking the public will be tired of the story by next month, but we think the movie could be shockingly prescient for audiences. Sneakers was ahead of its time in depicting how our privacy could be invaded at the dawn of the internet age, but if Blackhat is a strong movie, we think it could be a very chilling look at how vulnerable we all still are.