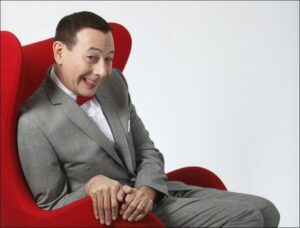 So many people forget that Pee Wee’s original following consisted of college kids, not grade school kids, and even though Pee Wee had a big youngster following, there was always a lot of wink-wink, nudge-nudge in his humor, and he was never supposed to be a pure kids show host like Mr. Rogers. Now after years of exile, Pee Wee is back, thanks to Judd Apatow.

As The Wrap reports, Pee Wee’s next big adventure will be through Netflix, who also have a multi-comedy deal with Adam Sandler. Pee Wee (aka Paul Reubens) himself has confirmed that his next movie will be shooting next year, possibly in February, with Judd Apatow producing.

So it’s good that Pee Wee is back, and we’re hoping the third Pee Wee flick will be the best, ending his cinematic legacy in fine style.

Netflix Has Its Luke Cage