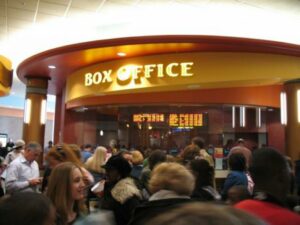 It’s no surprise that The Interview got pulled, the threats from terrorists got extreme, and no one in good conscience wants to potentially put any theatergoers life at risk. At the same time, a number of people in Hollywood are outraged that a studio would buckle to extremists like this, especially with Sony announcing they currently have no plans to give the movie any release at all.

As President Obama told Variety and ABC News, the cyber attack on Sony is indeed “very serious,” but “for now, my recommendation would be that people go to the movies.”

It used to be a movie was a safe place to spend some time and escape. There was the terrible shooting that happened at The Dark Knight Rises, but that was an isolated incident that thankfully hasn’t repeated. Now there’s been the risk of terrorists hitting theaters, and for a film love like myself, it’s horrible that a sacred place for so many people to have fun and enjoy could be a target.

While so many of us are watching everything at home anyways, maybe we should take Obama’s advice and have some fun in a theater. We doubt it will send a message to the bad guys of the world that we won’t put up with their bullshit, but movies have always been a nice escape from reality, and in this case, we could use some.

Cameron Crowe is Back With Roadies