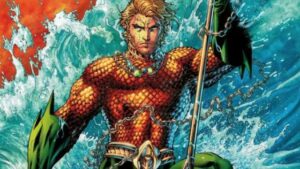 It’s been predicted forever, and it doesn’t take a rocket scientist to predict it…The whole superhero train ain’t gonna ride forever. Yes, many are predicting that it’s going to implode soon, we feel it’s going to peak with Avengers Age of Ultron, and the superhero Pearl Harbor should be Batman Vs Superman.

Now this can look bad for people who love quality movies, let’s not forget that if there’s a major superhero bomb, a lot of movies being planned will come off the boards. (Trust us, if Batman Vs Superman doesn’t live up to expectations, there won’t be an Aquaman movie.) Same with a lot of the planned sequels and reboots. (Again, if the next Terminator stiffs, don’t expect another one any time soon.)

Yes, this is a very dire warning, but even with so many superhero films out there, we don’t think things look too grim. Again, even if you’re sick of superhero flicks, at least there’s a better variety of them right now, and there could even be hope of Star Wars being reinvented, which may be cold comfort for many, but again, at least today’s blockbusters are using a little more thought and imagination than usual. And the good news is we still have indie films, quirky movies like Big Eyes, serious dramas like Selma and Unbroken, so it’s not all just one item on the menu.

Getting into the Spirit of the High Holy Days With J.K. Rowling and Dr. Dre

To Hell With Terrorists: Go To the Movies