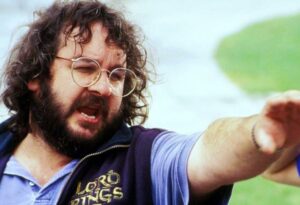 The Lord of the Rings saga is coming to an end yet again, with the last episode of The Hobbit opening on December 17. Box office pundits are predicting the movie will make $70 million opening week, and while Peter Jackson is finally saying goodbye to Middle Earth, he still keeps hinting he may return again some day.

It’s amazing to think this is, as Variety puts it, “the culmination of [a] 16-year, six film marathon…which has amassed close to $5 billion in ticket sales.” Peter Jackson says it’s time to “go back and tell some New Zealand stories,” meaning smaller films. It would also be great to see Jackson go back to horror one day as well.

Once again, parting is sweet sorrow for the LOTR gang, and as Jackson relates, “Wev’e got a big cast, so these farewells would come upon us fairly regularly. The hardest ones were the guys who had been around for so long…Just to say to Ian – you’re never ever going to put this beard on again…I did find that pretty tough.

In other LOTR news, you probably saw by now that Stephen Colbert got an exclusive interview with Smaug the dragon, who as CNET reports endorsed Rand Paul for President, and blamed Hollywood liberals for making him out to be a villain. We know Colbert is a huge LOTR fan, and we’re looking forward to seeing the series finally coming to a close, and seeing what Jackson will be up to next.

Getting into the Spirit of the High Holy Days With J.K. Rowling and Dr. Dre