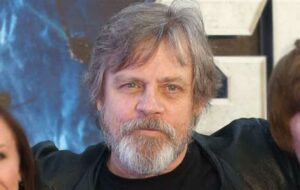 Hamill addressed not being in the new trailer, and he told Yahoo, “This is about the new generation of characters. I think that’s the most important thing. It’s the opening act of a whole new approach to the storytelling.”

When Lucas approached Hamill about coming back, “I rightly assumed that it wouldn’t be our story, because we had a beginning, a middle, and an end. This must be our offspring and the current generation, with us there lending the kind of support that Peter Cushing and Alec Guinness did in the original.”

Hamill also mentioned that the new robot in the trailer, who is apparently named BB-8, “it’s not CGI, that’s a live prop. I was just amazed. They never cease to amaze me with what they’re able to come up with, you know? I said, ‘How are you ever gonna top R2-D2, the most adorable droid in movie history?’ And then they have this new one…”

Spain: no news is bad news

And the Black Friday Console Winner Is…