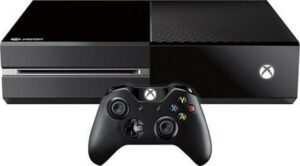 Take it from somebody who’s still working in retail, I’m not a big fan of Black Friday, especially considering many of my co-workers had to work on Thanksgiving because of it. And with Black Friday, you knew there would be a big battle of the consoles, and this year the big winner at the malls was…

Xbox One. The site Uproxx predicted that Xbox One would be the winner this season, and it beat out PlayStation 4 this November. In fact, Uproxx tells us that Xbox One had its best month ever in November, which is a big month for shopping. According to Geek Wire, Xbox One sold 1.2 million consoles. PlayStation 4 had beaten it all year, but this time Xbox came out on top.

Gamestop also reports that Xbox One was the big winner overseas as well. As the site reports, “Not only were hardware sales strong, but more Xbox One games were sold during November in the US than PS4 or Wii U titles. In addition, in November, more gamers logged into Xbox Live across Xbox One and Xbox 360 than any other month in the history of Xbox.”

We at TG will of course be watching all of this very closely, and many are curious to see if Xbox will remain the top console, or if November was an incredibly lucky month, thanks to the holiday.