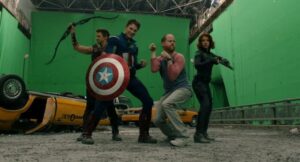 It’s great to be Joss Whedon these days. The guy had a hard time getting his movie scripts off the ground, then he turned to TV with Buffy the Vampire Slayer, which became a big hit, even though everyone advised him against doing TV. Then the mega-success of The Avengers helped take the sting out of Firefly’s cancellation, although the cult for that show still goes strong.

Now as Cinema Blend reports, Avengers Age of Ultron may be Whedon’s last Avengers film, although we’re not sure if the series should be Whedon-less in the future.

According to Blend and other sources, e-mails leaked from Sony claim that the team behind Captain America: The Winter Soldier, Joe and Anthony Russo, may direct The Avengers: Infinity War, which will be a two-parter. Blend also tells us that Whedon has hinted at leaving the franchise, and if this is indeed true, it will be interesting to see where he lands.

Whedon has an overall deal at Marvel, and we’re curious to see if he’ll stick around to consult other movies, or if he’ll finally go back to Firefly, which many would love to see. As Blend reminds us, a lot can happen between now and the end of the decade, when the last two Avengers flicks will be released, and we hope Whedon will still be steering the ship for everyone’s favorite superhero team.