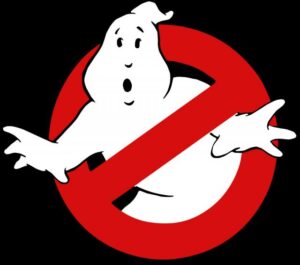 Since getting hit by hackers, Sony’s private business has been all over the place in the media, causing great embarrassment for many. In addition to private executive communications, details about the company’s movies have leaked, including problems with the Ghostbusters series.

As we’ve reported on TGD, Bill Murray has famously refused to be involved in the next ‘Busters flick, and the movie will now have a female team of apparition hunters, with Dan Aykroyd and whoever else wants to come back in smaller roles.

Now the Wrap reports that Sony was thinking of legal action to force Bill Murray to come back. One of the company’s lawyers wrote they were fine with “aggressive” legal tactics to try and bring him back to the franchise, and that “I think we are in much worse shape if this goes public so seems to me we should look for someone who isn’t seeking the spotlight.”

Trying to nail Murray down for a movie is very difficult, and it wasn’t easy to get him to commit to Ghostbusters the first time around. Another Sony e-mail between Sony head Amy Pascal and director Ivan Reitman has them contemplating “a clever way to connect” the next ‘Busters movie “to the original franchise.”

According to the e-mail, supposedly Jennifer Lawrence, Emma Stone, Melissa McCarthy, Amy Schumer and Lizzy Kaplan were interested, and we also reported that Gillian Anderson (X-Files) was practically begging to come aboard.

Even without Murray and Rick Moranis wanting to return, as well as the terrible loss of Harold Ramis, it’s admirable that Aykroyd wants to try and relaunch the ‘Busters franchise, and having it all-women this time could be a great way to reinvent it.

Mark Hamill is Excited to Return to Star Wars