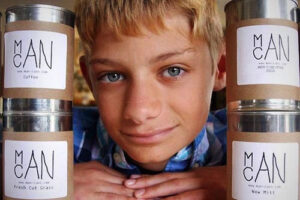 While this summer’s Godzilla got mixed reaction, it did well enough for a sequel, and now Toho, the Japanese studio that launched the big guy sixty years ago, is making another Godzilla movie as well.

This isn’t a surprising development, because you may recall at the time the dreadful 1998 Godzilla came out, there was also Godzilla 2000 from Japan, which was much more in the spirit of the series than the U.S. version ever could have been.

The Hollywood Reporter tells us that this will be Toho’s first Godzilla movie in ten years. As a Toho exec told the Reporter, “This is very good timing after the success of the American version this year: if not now, then when? The licensing contract we have with Legendary Pictures places no restrictions on us making domestic versions.”

Godzilla is apparently popular again in his homeland, because the new version came in at #1 in Japan opening weekend, and production on this Godzilla will start in the summer of 2015. In addition, there’s a sequel in the works for another American Godzilla film, which is slated for release in 2018.

Godzilla celebrated his 60th anniversary this year, and according to the Guinness Book of World Records, he’s the longest running franchise in cinema history. Not to mention there will also be a Godzilla convention in Japan, Godzi-Con, that is in the works, so it’s good to see the big G is still going strong.

That’s a Wrap on Ant-Man