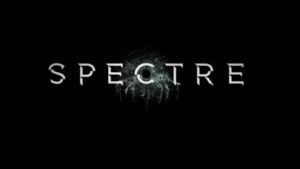 Before it became official today, it was strongly rumored that Spectre, the famous league of bad guys, would be back in the latest James Bond film. Now it’s been announced that Spectre will be the title of the film.

Spectre stands for Special Executive for Count-Intelligence, Terrorism, Revenge and Extortion. Spectre was run by Blofeld, and while many felt Christoph Waltz would be playing him, his villain’s name is Oberhauser. Dave Bautista will be playing another villain, Mr. Hinx, who Collider tells us could be “a villain in the mold of Oddjob.” Other cast members include Ralph Fiennes and Monica Bellucci.

The L.A. Times also reported that Bond’s new fly ride will be the Aston Martin DB10, which will be a throwback to 007’s original Aston Martin that he drove in Goldfinger. So obviously the idea is to take a good look back at classic Bond, but updated with modern twists. (Bond director Sam Mendes worked with the Aston Martin company in designing the new DB10.)