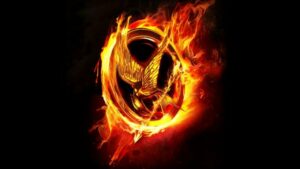 The reviews are in for the first installment of the finale of Hunger Games, Mockingjay Part 1, which will be in two parts. The verdict?

So far, both Variety and the Hollywood Reporter have been underwhelmed, and like The Hobbit, you get the impression the last installment didn’t need to be drawn out into two parts. Variety wrote that the film is “unsubtly resonant, at times quite rousing and somewhat unsatisfying by design, the penultimate series entry is a tale of mass uprising and media manipulation that itself evinces no hint of a rebellious streak or subversive spirit…”

The Hollywood Reporter called the film “disappointingly bland and unnecessarily protracted…Like an overgrown and bloated trailer for a film yet to come, Mockingjay Part one spreads perhaps 45 minutes of dramatic material across two far-too-leisurely hours.”

Regardless of what the critics think, the last two Hunger Games movies will make a ton of money, and teen dystopia will still continue to be hot, at least into next year. (Yet we’re not sure how much of an audience for this genre will be left once the sequel to Divergent, which strikes us as Hunger Games lite, comes out a year or two from now.)

The Five Reasons Dell Beats HP in the Technology Market

Evil Dead the Series is Coming