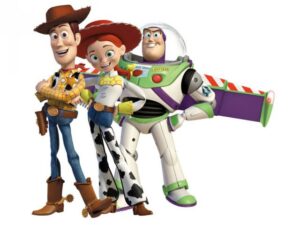 Hard to believe it was nearly twenty years ago that Toy Story became a huge hit, and changed the game with animation. For many years, Pixar could do no wrong, yet you get the impression they’re trying to mine the past now that a number of their recent films have been treading water.

While we’re not sure there should be another Finding Nemo movie, we’d hate to see a bad sequel ruin what’s one of the studio’s best, there are now plans for a fourth Toy Story movie, and this one we’re more excited about, because that series has been pretty consistent in quality.

As Variety tells us, Pixar head honcho John Lasseter will be directing, and it’s being slated for a June 16, 2017 release.

In a statement, Lasseter said, “We love these characters so much; they are like family to us. We don’t want to do anything with them unless it lives up to or surpasses what’s gone before…for a long time, we never even talked about doing another Toy Story movie…But when (Toy Story collaborators) Andrew (Stanton), Pete (Docter), Lee (Unkrich) and I came up with this new idea, I just could not stop thinking about it…I knew we had to make this movie – and I wanted to direct it myself.”

Is Cli-Fi the Hot New Genre?

Dell And the Future of the Desktop