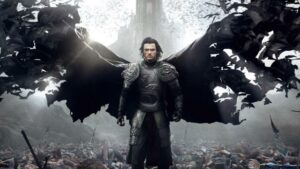 As you’ve read previously on TG, Universal is trying to bring the classic monsters back again after a disasterous attempt with The Wolf-Man some years back. Alex Kurtzman (current Spider-Man and Star Trek screenwriter) has been up to direct The Mummy, and it’s slated to hit theaters on June 24, 2016.

Now it looks like there may be a big monster mash-up, a la The Avengers, that will be hitting theaters in the spring of 2017. As a report on Screenrant tells us, it’s what’s called the “shared universe,” and there’s not title for it just yet, but it could be a throwback to the “monster rally” movies of the forties, where they all battled each other.

The screenplay for The Mummy was written by Jon Spaihts, who also wrote the script for Doctor Strange, and who contributed for Prometheus as well. This monster movie will be released at the same time Pacific Rim 2 and Guardians of the Galaxy 2.

While the last monster mash films, aka The Van Helsing series, weren’t great films, they did well at the box office, so we’re hoping the next classic monster reboots will be a much stronger return to form.

Another Push For an Oscar For Andy Serkis

The Hateful Eight is Gaining Steam