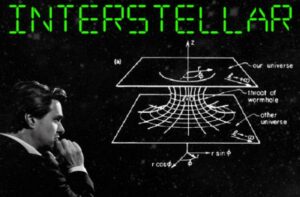 While the first official reviews for Interstellar aren’t in yet, interest is definitely high, because it’s Christopher Nolan’s follow up to The Dark Kngiht Rises, and with any good director, we’re always curious to see what they’ll come up with next.

Recently Paul Thomas Anderson, the director of Boogie Nights and the upcoming Inherent Vice, told IndieWire that Interstellar is a “beautiful” movie, and “go see it in Imax. Brave the line. Do it, bite the bullet.”

The Wrap also reports that the box office tracking for Interstellar predicts a big $60 million opening for the film. Not to mention Interstellar is what’s being considered by The Wrap a “cli-fi” movie, because apparently the movie has a saving the environment theme to it. From what we can see, apparently Matthew McConaughey has to go up there to save us down here, and The Wrap predicts it could be “part of the new genre of cli-fi movies that focus on climate change and global warming issues.

Minecraft the Movie Gets a Director