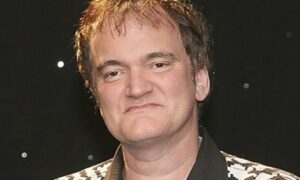 For a moment, it looked like Quentin Tarantino’s next movie, The Hateful Eight, was not going to get made. The script had leaked, and Tarantino decided to punish the world by not making another movie.

Now the movie is set up to roll in Colorado, and the cast is coming together fast. As the Hollywood Reporter tells us, the cast currently stands with Jennifer Jason Leigh, Samuel L. Jackson (big surprise there), Kurt Russell, Tim Roth, and Michael Madsen.

The Reporter tells us that the film is going to shoot in early 2015, and it will indeed be shot on celluloid, 70mm to be exact. The story is a western, continuing in a similar direction Tarantino went in with Django Unchained.

As we’ve seen in Tarantino’s previous work, he likes to rediscover talent that could use a career boost, as well as work with many of the same actors he’s previously worked with like his perennial Jackson, Russell, Roth, and Madsen. We’re sure there will be more familiar names added to the list as the Hateful Eight gets ready to launch next year.